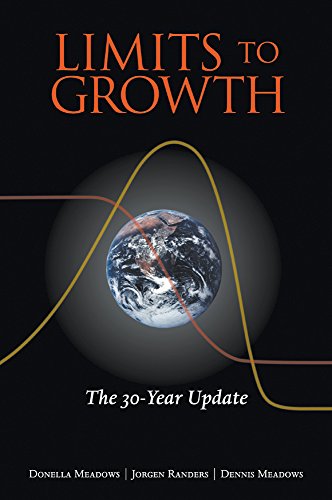 In 1972, three scientists from MIT created a computer model that analyzed global resource consumption and production. Their results shocked the world and created stirring conversation about global 'overshoot,' or resource use beyond the carrying capacity of the planet. Now, preeminent environmental scientists Donnella Meadows, Jorgen Randers, and Dennis Meadows have teamed up again to update and expand their original findings in The Limits to Growth: The 30 Year Global Update. Meadows, Randers, and Meadows are international environmental leaders recognized for their groundbreaking research into early signs of wear on the planet. Citing climate change as the most tangible example of our current overshoot, the scientists now provide us with an updated scenario and a plan to reduce our needs to meet the carrying capacity of the planet. Over the past three decades, population growth and global warming have forged on with a striking semblance to the scenarios laid out by the World3 computer model in the original Limits to Growth. While Meadows, Randers, and Meadows do not make a practice of predicting future environmental degradation, they offer an analysis of present and future trends in resource use, and assess a variety of possible outcomes. In many ways, the message contained in Limits to Growth: The 30-Year Update is a warning. Overshoot cannot be sustained without collapse. But, as the authors are careful to point out, there is reason to believe that humanity can still reverse some of its damage to Earth if it takes appropriate measures to reduce inefficiency and waste. Written in refreshingly accessible prose, Limits to Growth: The 30-Year Update is a long anticipated revival of some of the original voices in the growing chorus of sustainability. Limits to Growth: The 30 Year Update is a work of stunning intelligence that will expose for humanity the hazy but critical line bet[...]